Exploring the many threads that weave together an expressive, celebrated life.

MARK YOUR CALENDAR AND JOIN US FOR DIALOGUE THAT MATTERS

You are invited! Please pass to friends and family.

Based on the post: “Voice and Expression”
By CARLA WOODY
Author of Calling Our Spirits Home and Standing Stark
Founder, Kenosis and Kenosis Spirit Keepers 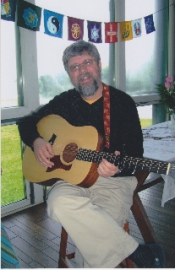 Yaqin Lance Sandleben is a Cherag, an ordained minister of American Sufism following the Chisti Sufi lineage of India. He leads the Dances of Universal Peace, Universal Worship Service and offers guidance on the path of spiritual awakening. Yaqin lives in Prescott, Arizona, where he has practiced pharmacy for 35 years, raised a family, and served the community in different ways—mostly through volunteering.  His interests in religion, spiritual development, and the awakening process began at the age of 12 in the Christian Church.   For many years he studied well known and obscure paths of awakening.  He began meditating 40 years ago and embraced American Sufism 33 years ago.   He has also studied and practiced Buddhism with many teachers, including HH the Dalai Lama and other Tibetan teachers.  His Sufi connection has led him to India, to the shrines of saints, and to the study of Raga, Indian Classical music.