Book Review: The Kin of Ata Are Waiting for You 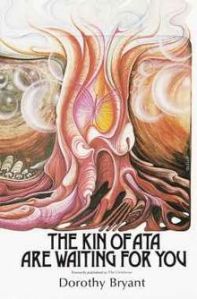 The Kin of Ata Are Waiting for You

This book is one, like Illusions by Richard Bach, which I’ve read several times over the years. Because I am different every time I read them, they never fail to point out yet another lesson and keep my attention riveted.

The main character in The Kin of Ata had led a seamy, notorious life. A set of circumstances occurred: He had a car accident, veered off a cliff and crashed. He should have been dead. Instead, he was found and taken to a place where dreams of the night held value, and ideals common to true spiritual traditions were actually lived.

The contrast between who he was and where he now found himself was bewildering and painful to him. He attempted to make himself right and others wrong. But something happened along the way. He experienced an awakening.

That’s all I will say. The beauty is in the unfolding of the story. The surprise that awaits will keep you glued until the utter end. This is a classic. Available on Amazon and elsewhere.